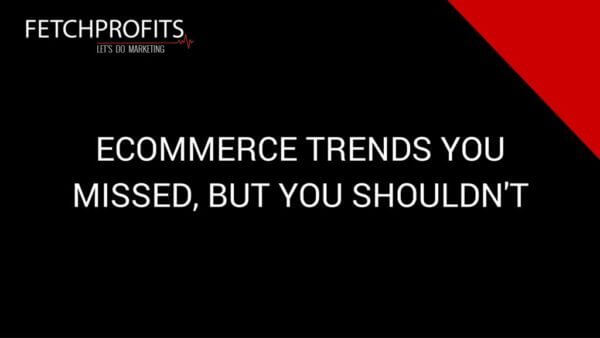 In the year 2012, If Prestige Marketing’s Infographic is anything to go by – with due thanks to Pablo at Fortune 3 Blog — then ecommerce changes every few weeks or months. For instance, there’s been an increase of 400% in mobile searches between 2011-2012. At least 44% online retailers are investing more in mobile tactics while at least 70% of social network users are shoppers.

E-commerce spending is all set to increase 62% by the end of 2016, according to Internet Retailer. In total, Forrester Research estimates that customers from the U.S alone will spend US $327 billion online in the year 2016.

Talking about 2016, here are the latest set of stats from BigCommerce:

51% of Americans think shopping online is the best way to shop, with 49% preferring shopping in-store.Americans spend 64% of their shopping budget in-store, and 36% online.In the last year, shoppers have spent the most with ecommerce marketplaces ($488), closely followed by major online/offline brands ($409) such as Nordstrom or Best Buy.

Great Ideas, Big companies, and Promotions are out; relationships are in

If you have a large business, the only advantage you’ll have – when compared to smaller businesses and startups — is resources, funds, and maybe a rock-solid brand.

Small business won’t find it hard to compete what with tools, resources, information, and the guts they have in store.

You certainly don’t need great ideas; you just need to figure out a way to deliver products and services that solve customer problems better, faster, easier, etc.
Newspaper advertisements, street shows, brochures, flyers, and all other forms of marketing will step aside (actually, they are already out)

Only relationships (prospective and current) that businesses work hard to develop will work. The “hard” part is underestimated here since there are too many parameters, across multiple-channels.

Social Shopping is in

I strongly believe that social media isn’t for “selling”. It’s not for marketers to flaunt their wares. It’s the last place on earth – after your own parties, hangouts, and outings – where you should be discussing anything related to business. Yet, business is big on social media. Sally Ormond, writes that social media is literally changing the way we shop. According to her post “The Onset of Social Shopping” on Ecommerce Trends, where she refers to research from Reevoo and Ofcom 2011, she says it best:

“With over a quarter of all adults and nearly half of all teens now owning a smart phone (Ofcom, 2011) connecting to the Internet on the move has never been so easy. In fact, it is now so easy it is beginning to affect the way we shop.”

“…Consumers said that social content is now beginning to shape their online shopping behavior. Over half of all consumers found social media comments helpful when shopping online, with user reviews (48%) and friend recommendations (52%) being the biggest influencers.
The vast majority (88%) said they always consulted reviews before proceeding to the checkout, with 60% adding they were more likely to purchase from a site that carried such reviews.”

Social shopping is predominant; it’s just not the way traditional marketing works though. Selling is by goodwill and engagement. Sales happen after relationships happen. No transactions are based on the word of the manufacturer, business owner, or marketers; it’s based on what others are saying.

There’s a huge difference, with tons of work pending to make it happen for your business.

For one, there’s no escaping the fact that your online behavior is tracked continuously. Google, Facebook, and every business that can afford the tools will at least embed cookies on your computer to analyze what you like. Every Facebook application you subscribe to, every search you make on Google, and every website you visit adds to the collective data which is used for new trends in e-commerce: remarketing and Behavioral advertising.

Internet allows such leverage, so businesses will use it. If you visit certain websites, you’ll see that the ads displayed have some sort of connection to your Interests. Youtube already does that to you when you sign-in using your credentials, by the way. Literally, the ads, recommendations, and content follow you around.

The Facebook recommend bar; Amazon’s recommendations on Kindle books, audio, music, products, and services; behavioral ads that show up on websites are all examples of this type of marketing.

Try and escape that.

A whopping 81% of smartphone users access Internet on their mobile while another 59% use their phones while “waiting” – the downtime that marketers would love, eh?

Clearly, ecommerce gets exciting while the field is leveled.

What are you going to do about it?