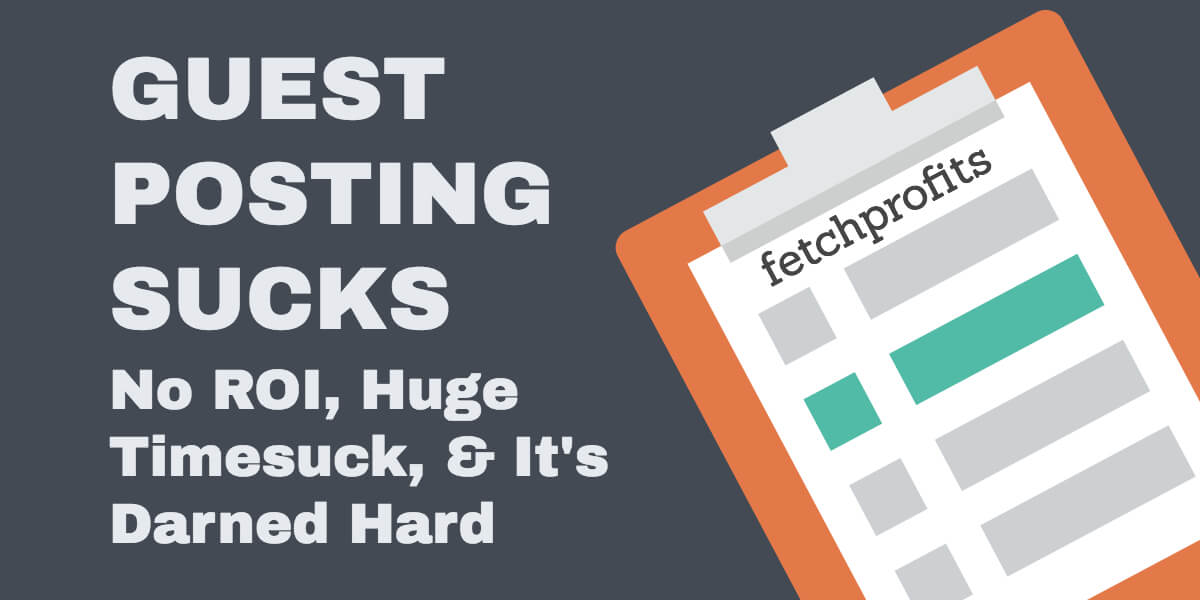 Have you been checking the web for guest posting opportunities? Did you honestly think that guest posting — for SEO, traffic, branding, or whatever it was that had you convinced — is the best strategy for your business?

Clearly, SEO is too hard to deal with and guest posting has no apparent ROI to show for it.

Imagine this: you spend hours and hours just trying to come up with relevant titles only to write in what most people already know. You’d then want to publish only on authority blogs and publications and most of them don’t even allow guest posting anymore.

Assuming they do, the ROI isn’t that great.

But why does everyone, including my neighbor’s cat “Pummy” want to do guest posting? Why, oh Why?

The Power of Transference: Why Guest Posting Is Popular?

Apart from well-known influencers who became well-known partly because of guest posting (those were the days), most others fail miserably after marathon sprints writing themselves to death.

But why? Because of what is known as “Transference”.

Sigmund Freud “Transference” was one of the greatest discoveries in human psychology.

It’s a concept that’s not well-understood outside of clinical psychoanalysis. But this the finding that explains why:

* We choose spouses who are just like our parents.
* People behave the way they do in organizations.
* We are influenced by others in so many ways
* bosses sometimes choose to promote other people instead of someone else (while this “someone” almost thought he or she was the best fit for the new role).

Transference, according to Michael Maccoby of HBR, is the underlying essence of leadership. It explains why people stay glued to their leaders (among many other behavioral repercussions).

It probably also explains why Donald Trump was elected.

But my reason to bring up transference is specifically to do with prevailing SEO practices and Guest Posting.

You do guest posting — and you think, believe, and feel — because people like Danny Iny, Neil patel and anyone else who’d have got to fame with guest posting.

They are leaders. They practice what they preach. They became famous for what they did and it’s very inspirational.

For every blogger who just launched, these are the stalwarts they look up to.

That’s bad because the results aren’t pretty. You’d just need to read Tim Soulo’s beast of a post that shows you what happened to the show after 273 posts on sites like Inc, HubSpot, Entrepreneur, and Business Insider.

If Guest Posting Is a Numbers’ Game, What’s The Point?

If it is indeed a numbers game, then it doesn’t make sense anymore; not from an ROI standpoint. Do guest posting for branding, exposure, credibility, and for riding on all those elephants’ backs.

Just not from an ROI standpoint.

Here’s a screenshot from Neil Patel’s blog post on guest posting and the lessons he learned from it. 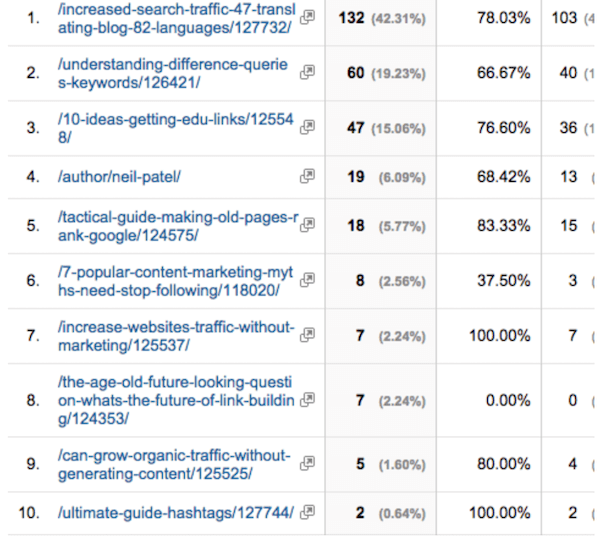 Here’s another snapshot of results That Ryan Robinson got for his part of the hustle:

If that’s the kind of referrals and traffic you are looking for, well, you don’t need to do guest posting at all.

PPC, When Done Right, Gets You More Than Guest Posting

I ran a short experiment with native advertising with Outbrain a few months ago, and here’s what we got:

That certainly beats my efforts with guest posting.

Consider this, native advertising proves to be a winner.

In 2014, Taco Bell’s Native Advertising campaign for the Live Mas Campaign with the Cantina Bell menu was targeted at millennials, and it just rocked.

Taco Bell managed to get 18% life in purchase intend than banner ads.

1. Native ads are viewed 53% more than banner ads. (Source: Dedicated Media)
2. A retargeting campaign from Magoosh Online Test prep generated $58,608 in attributable revenue. At a total cost of $11,000 the campaign resulted in an ROI of 486%. (Source: Retargeter)
3. Users who are retargeted to are 70% more likely to convert. (Source: Digital Information World)
4. Heineken Light reached 54% of audience — 35 million people — in just three days using video ads on Facebook. (Source: Facebook)
5. Airbnb achieved an engagement rate of over 4% for one of their Promoted Tweets. (Source: Twitter)
6. 32% of consumers said they would share a native ad with friends and family, versus 19% for banner ads. (Source: ShareThrough)
7. Native ads that include rich media boost conversion rates by up to 60%. (Source: Social Times)
8. Julian Bakery saw a 35% increase in conversions and a 330% increase in impressions on the Google Display Network. (Source: Google)
9. 71% of publishers received no major complaints from readers for featuring native ads, while 29% received minor backlash. (Source: Digital Content Next)
10. After one year of leveraging Targeted Status Updates on LinkedIn, ADP’s Company Page followers doubled to 85,000. (Source: LinkedIn)

And we aren’t even getting close to the real power of PPC:

Client 1, for example, has an ROI of 108%. The client’s campaigns run even without them ever having to bother with writing a single blog post or guest post. The client, in fact, has zero SEO strategy.

Guest Posting Is a Timesuck, Without ROI

Most entrepreneurs and bloggers don’t even take “time” into the equation.

All those snapshots of results you saw — of Neil and Ryan — just take into account a few blog posts published elsewhere, and the resulting traffic out of that effort.

They then measure how many email subscribers they got (but no one tells you how many of those subscribers actually converted into sales).

All that is fine and dandy, but what about the time it takes to publish, say 273 blogs like Tim of BloggerJet did?

If a typical blog post itself takes hours, days, weeks, or even months (as in Tim’s case when we wrote his 6000-word beast of a post that examines Guest posting ROI), how much time did you really spend in total?

Assuming this is an ongoing exercise for your business:

The actual cost (in hours) for a single blog post: 9 hours 40 minutes.

You better be selling a couple of Boeing Business Jet 2 A.K.A “the Flying Hotel” to make this work for you.

I am not throwing guest posting out with the bath towel. All I am saying is that you should stop obsessing about Guest posting in particular, SEO in general.

Anyway, it’s never a good idea to put all your eggs (and time, and hope, and your business) around one, super-hyped marketing channel

I hope you have a better way to spend your marketing dollars.

What do you think?

Hey! Just want to get this out of the way. Some of the links in the blog post (and/or videos) are affiliate links. This means that I’d earn beer money if you ever decide to purchase any of the tools, products, services, plugins, or anything else I could be linking to. For more details, please do read my affiliate disclosure policy.